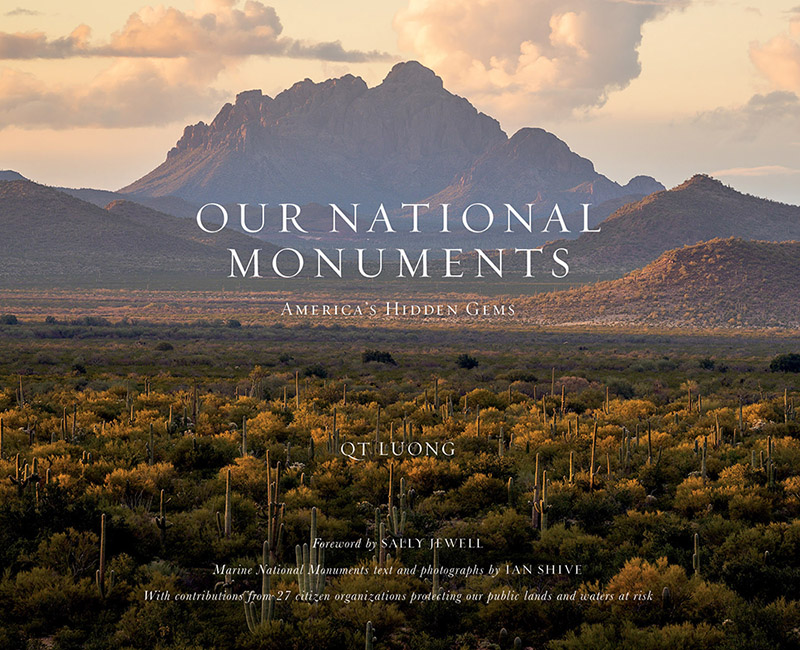 The first photography book about the landscape-scale national monuments, including introductions from local conservationists and travel notes for each photograph.

Learn about the main sights in the landscape-scale national monuments

“QT Luong captivates us all.” 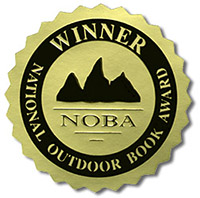 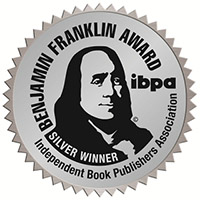 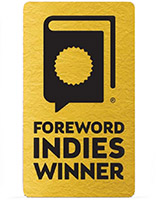 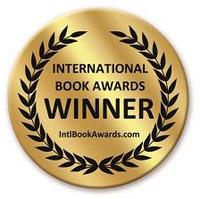 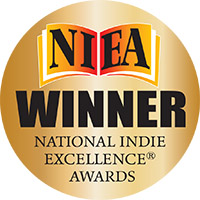 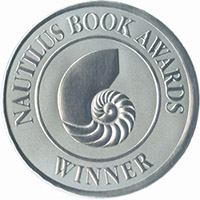 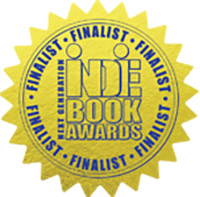 With the stroke of a pen, the president of the United States can proclaim a national monument. The Antiquities Act of 1906 was enacted to provide an expedited means to protect areas of natural or cultural significance. Since then, 16 presidents have used the Act to preserve some of America' most treasured public lands and waters. In 2017, an unprecedented executive order was issued questioning these designations by calling for the review of 27 national monuments across 11 states and two oceans, opening the threat of development to vulnerable and irreplaceable natural resources.

Our National Monuments, the first book of its kind, introduces these spectacular and unique landscapes at risk from the review. From the north woods of Maine to the cactus-filled deserts of Arizona, those national monuments include vast lands rivaling the national parks in beauty, diversity, and historical heritage. The critically important landscapes are often under the radar, with limited visitor information available, yet offer considerable opportunities for solitude and adventure compared to bustling national parks.

QT Luong - one of the most prolific photographers working in America's public lands and author of the best-selling and acclaimed photography book about the national parks, Treasured Lands - hiked and camped in the 22 land based national monuments under review, aiming his lens at the grand vistas, archaeological wonders, and hidden delights along the way. Accompanying the collection of 300 scenic photographs is an invaluable guide that includes maps, descriptions of the author's wide-ranging explorations and highlights for each of the monuments. Introductory essays from leaders and activists of 27 conservation associations provide the perspective of citizens caring for each of these national treasures. A foreword by former Secretary of the Interior Sally Jewell, as well as photographs of marine national monuments from Ansel Adams award-winning photographer Ian Shive round out this comprehensive portrayal of America's hidden gems.

Our National Monuments invites readers to experience for themselves these lands and learn about the people and cultures who came before - for whom these sites remain sacred places - with a renewed understanding of how these essential landscapes are preserving America's past and shaping its future.

Praise for Our National Monuments

“QT Luong has captured with extraordinary power these images of our national monuments--places that are often subtler and more nuanced in their beauty than the images of our most famous national parks. They truly are hidden gems, and this book is a gem as well, one to read by the fire while you plan journeys for the summer ahead.”


— Bill McKibben, author of The End of Nature
“QT Luong has produced another impressive and comprehensive book, but one that is even more important than Treasured Lands. Along with QT’s wonderful imagery are comments from people directly involved with each area. This is an incredible resource about these monuments at risk. And for photographers, information you won’t find any place else about these areas.”


— Charles Cramer, author of Yosemite
“In Our National Monuments, QT Luong has used his extraordinary photographic artistry––and his passion––to create an extraordinary book about some of our less traveled parklands. This is a visual feast that will make Americans cherish (and hopefully protect) these precious public lands.”


— Dayton Duncan, writer and co-producer of The National Parks: America's Best Idea
“In a book of spectacular photography and much, much more, QT Luong has brought forth for the first time the spectacular and diverse landscapes of our national monuments created by the force of local conservation organizations and presidential proclamations under the Antiquities Act. Our National Monuments is one of those rare books that both documents the history of our greatest conservation achievements and will shape the future, reminding us that places are best protected by the tireless effort and continuing attention of local advocates. The eye-opening book is a great source of inspiration to protect, restore, and expand our national monuments and conservation areas.”


— Ed Norton, Chair, Conservation Lands Foundation
“Our National Monuments is an important and beautiful book, and a masterful accomplishment for QT Luong. With the same commitment to excellence seen in his earlier book, Treasured Lands, Luong’s impressive photography and abiding love for the American landscape have yielded a true masterpiece of American landscape photography, and a powerful call for conservation.”


— Guy Tal, author of More Than a Rock: Essays on Art, Creativity, Photography, Nature, and Life
“QT Luong has done it again. It’s increasingly rare to find photographers who are both skilled image makers and serious in-depth researchers. That incredible skill set has allowed QT to not only document these diverse National Monuments, but also supply a feeling for hidden places not easily accessible. He is one of the hardest working and most passionate photographers I know. In these pages, you’ll not only see places of wonder, you’ll experience QT’s life quest. A true masterwork!”


— Jack Dykinga, author of A Photographer's Life: A Journey from Pulitzer Prize-Winning Photojournalist to Celebrated Nature Photographer
“Our National Monuments is the most beautiful and persuasive statement ever for the protection of our national monuments.”


— Carl Logan, Midwest Book Review
“Photographer Luong hiked and camped across the U.S. to capture 22 of the most beautiful national monuments in the U.S.— natural lands to be treasured, as emphasized by the conservationist writers who contributed to this coffee-table book. It includes stunning images ...”


— Christina Ianzito, AARP
“A universally appealing combination of stunningly beautiful photographs, evocative descriptions, and practical information about some of the nation's most special places.”


— Douglas F. Smith, Library Journal
“The photographs are consistently beautiful, running the gamut from stunning vistas in perfect evening light, to dramatic storm-scapes, to telling details. Without exception they are technically immaculate, stunningly detailed, with a beautiful yet restrained color palette ... they provide a look at remarkable landscapes quite literally far from the beaten track. They’re an introduction to another vast range of public lands wilder and more remote than the more familiar National Parks.”


— Geoff Wittig, The Online Photographer
“Luong decided to fight back, using his feet, his backpack, and his camera ... The result ... is another incredible photographic book, Our National Monuments: America's Hidden Gems, concentrating on these lesser-known public lands.”


— Jim Barnes, Independent Publisher
“[O]ne of the most accomplished, and well-traveled, of today's national park photographers ... Luong's powerful images of [the national monuments] will defend, and even underscore, the need to protect more landscapes across America.”


— Kurt Repanshek, National Parks Traveler
“Through his fantastic images and the high-quality writing found within the book, QT Luong makes the case for National Monuments as places to seek solitude and deeper connections with nature, as well as the importance these places ... [the images] serve the purpose of showcasing the natural beauty found within these places in a way that allows the viewer to see themselves standing where QT stood.”

QT Luong, a photographer, author, and environmentalist, was the first to photograph all 63 US National Parks - in large format. He received the Ansel Adams Award for Photography from the Sierra Club, the Robin W. Winks Award for Enhancing Public Understanding of National Parks from the National Parks Conservation Association, and was featured in the film The National Parks: America's Best Idea. His work has been profiled and critically acclaimed in the New York Times, Chicago Tribune, San Francisco Chronicle, among many other magazines, newspapers, and other media. His photographs are the subject of five books, including the best-selling Treasured Lands: A Photographic Odyssey Through America's National Parks (winner of twelve national and international book awards). They have appeared in hundreds of publications worldwide. Luong's limited-edition prints, widely collected, have been exhibited solo in museums and galleries nationwide and abroad. He lives in San Jose, California, with his wife and two children. To see more of his work, visit terragalleria.com

For frequent reports from QT's travels, which are mostly in America's public lands, including information and images that could not fit in Our National Monuments, visit the Terra Galleria Blog.

Sally Jewell served as United States Secretary of the Interior from 2013-17, following over 40 years in business. As a public servant, she advocated for balanced protection of public lands and waters, leveraged science to shape a landscape-level understanding of our resources, helped nurture a respectful nation-to-nation relationship with Native American tribes, and engaged youth in opportunities to experience and care for the natural world. Jewell has been recognized for working with groups across ideologies, geographies, and interests to seek common ground, making decisions that recognize the importance of shaping a future that is both economically successful and environmentally sustainable for all.

Ian Shive is an Ansel Adams award-winning American photographer and filmmaker whose work documents some of the world's most pristine environments and brings to the public important conservation stories from around the globe. He is the author of several best-selling books, including the award-winning The National Parks: An American Legacy, and his latest best-selling book released in October 2020, Refuge: America's Wildest Places, which celebrates the National Wildlife Refuge System. Shive's work has been critically acclaimed in the New York Times, Wall Street Journal, Smithsonian, CNN, and countless other media. Since its inception in 2010, Shive has worked as CEO of the company he founded, Tandem Stills + Motion Inc., a leading health, fitness, and environmental media company. He resides in Los Angeles. Follow his adventures on social media @ianshivephoto.


(Click on logos to visit learn more about their work) 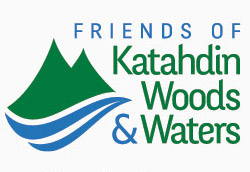 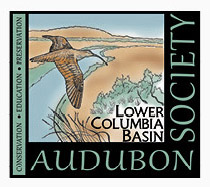 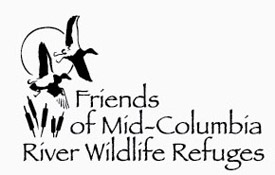 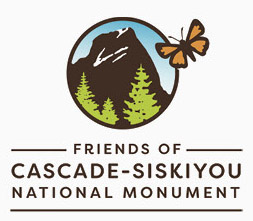 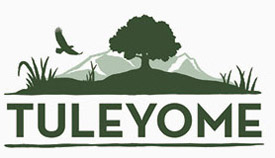 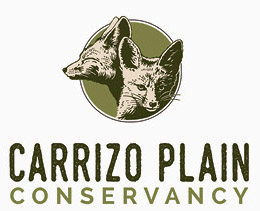 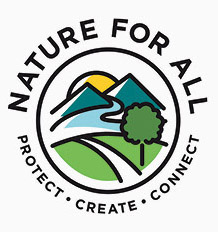 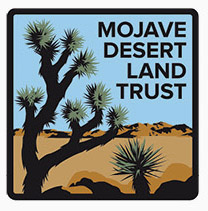 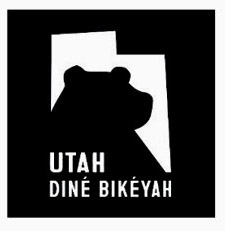 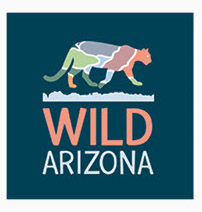 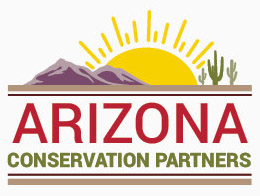 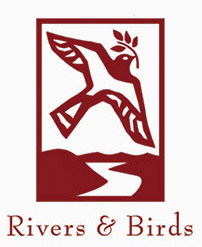 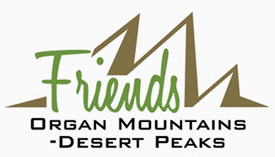 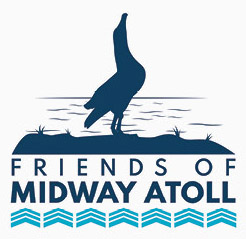 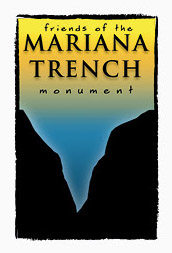 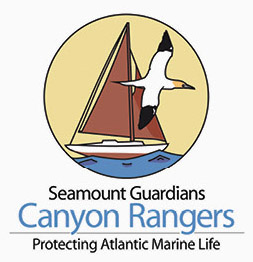